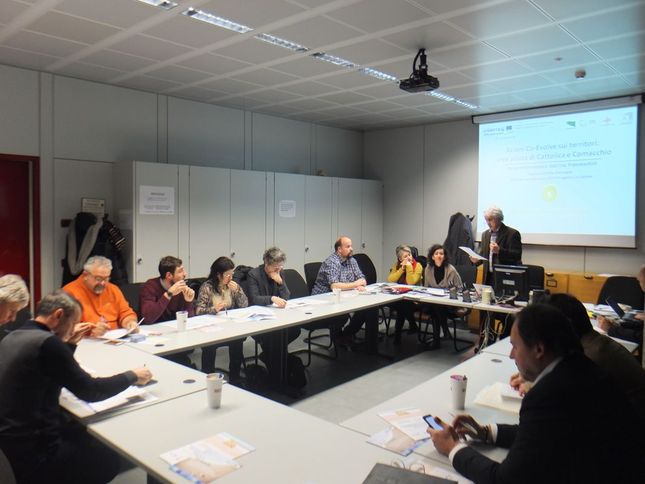 CO-EVOLVE's first Coordination Board was organised on 21 December in Bologna (Italy).

CO-EVOLVE's first Coordination Board aimed to stimulate dialogue among different key actors and the setting up of a support group at local level endorsing project pilot actions & testing indicators/DSS. It brought together various actors and end-users from the Cattolica and Comacchio pilot areas so as to create a sense of community and support the evaluation of developed tools.